When I first met Andrea*, my spirit jumped and I was excited to help her. I couldn’t explain it by anything I could see with my eyes, but my spirit “knew” she was ready for a great breakthrough. During our first session together, she mentioned that she had spirit guides and that she received messages from them. I listened compassionately, then gently said to her, “I want to warn you. It can be very dangerous to communicate with spirit guides. I have heard some really terrible stories of people who were harmed by them. They seem to be friendly and helpful at first, but later they become pushy, wanting more and more control, especially if you’ve invited them in.”

She looked a little alarmed and said, “Well, I’ve never invited them in.” I simply nodded. I didn’t say more because I knew it wasn’t time yet. I asked about her spiritual background. She told me she had been raised in a Christian family that was very strict about church attendance. She didn’t like the way she was taught to fear God with a sense of judgment and condemnation. When she left home, she decided to leave the church and explore other forms of spirituality. This led her to the New Age belief system and developing a connection with her spirit guides.

As we worked together over several months, she often had experiences related to fear and anxiety, especially fear of supernatural evil. I told her that my primary protection against fear of supernatural evil was to connect with God. I explained that my concept of God was not fearful and condemning, but rather loving and just. I told her God was someone I could trust to take care of me and was much more powerful than any form of evil. I could tell she was interested, but still cautious.

We worked through many of her fears and other issues using the exercises in this book. Little by little I saw a transformation in her. Her anxiety reduced, she started to love and accept who she was and had less stress. I encouraged her to open her heart to God and ask for His help. I encouraged her that He loved her and cared about everything that concerned her. She was still hesitant, but open to the idea.

A few weeks later, I saw a HUGE change in her. She told me, “I don’t know why I waited so long to do this. This week I opened my heart to God completely. I feel so much peace and I don’t feel alone anymore!” She was beaming as she spoke. I was thrilled. 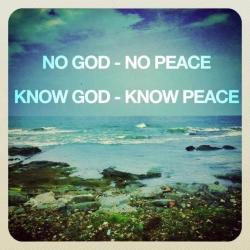 From that point on, her path became clearer and clearer. Every time we met, she had stories of how God was helping her deal with one thing after another. Her peace and confidence were increasing. I suggested that she read Victory Over the Darkness by Neil Anderson. She did and then she read the book that the author recommends after that one called, Steps to Freedom in Christ. This book includes very specific prayers to pray to be released from spiritual darkness. She prayed through every single one! By now the taste of freedom she had experienced made her long for more. She was eager for every drop she could get!

She realized that she needed to ask Jesus to forgive her for rejecting her Christian faith. She decided that she could disagree with the way she was taught, but still trust Him to guide her. She opened her heart to Jesus and began a relationship with Him. The next time we met, she told me she had experienced so many breakthroughs!

Here are some of them:

– the supernatural realm was no longer as scary as it used to be
– she stopped hearing from her spirit guides as much and their thoughts were less intrusive when she did hear them
– she felt validated for her spiritual discernment, that she’s “normal” and not weird
– her fear and anxiety substantially reduced in all areas of life
– she noticed her discernment was much more clear, instead of just feeling “something”, she had specific insight into what she was sensing
– her daughter was no longer scared at night (as she had been for years)
– she felt less needy and felt instead that she had something to offer others
– she found herself acting less self-centered
– people started spontaneously coming up to her and telling her their problems; she felt she was able to help them simply by listening with compassion
– her husband started showing an interest in spiritual things and wanted to go to church with her
– her relationship with her husband improved as she showed him respect
– she was sleeping better and had much fewer nightmares
– she had a strong sense of well-being and experienced so much peace that it was literally a physical sensation

Wow! So much change! It’s amazing what having a healthy, loving connection with God can do! Andrea’s life was changed completely. From then on, every time we met she had such peace. I remember when I first met her and how much anxiety she had. She is a completely different woman now! Even her children have thanked her for being their “rock” during a difficult time in their family.

It is such a pleasure to witness the spiritual transformation of another human being. I love to partner with God to help His children reconnect with His love.

A note for those who have spirit guides: One of the things Andrea discovered was that she didn’t need a different source of supernatural information other than God. As she drew closer to God and opened her heart to Him, she no longer needed her spirit guides. God provided direction, support and comfort to her – the things she used to get from her spirit guides. She noticed that sometimes her spirit guides said things to her that were disturbing or caused her a LOT of fear. This was not true with God – the things she heard from Him were always encouraging and reduced her fear or anxiety.

Do you have any examples of how your life changed as a result of developing a relationship with God or Jesus? Please feel free to share in the comments below.