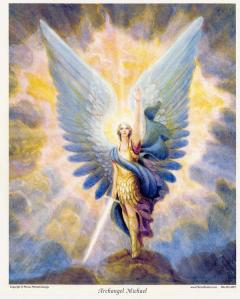 As told by Roland Buck

“On the night of June 18, 1978, I went to bed at my usual time with no advance notice that something was about to happen which would change my entire life!

About three o’clock in the morning, I was abruptly awakened when someone grasped my arms and sat me right up in bed! The room was dark because the shades were pulled, but there was just enough light from outside so I could detect the outline of a huge being.

To say the least, I was frightened because he was so strong I couldn’t free myself from his grip. My fear didn’t last, however, because I quickly became aware of a supernatural presence, and it didn’t take me long to realize that this heavenly being was an angel from God. He confirmed this, turned loose of my shoulders, and told me not to be afraid! Then he told me that God had sent him because the prayers of God’s people had been heard, and he was to deliver the message that their prayers had not only been heard, but had been answered! Hallelujah! I wasn’t dreaming, it wasn’t a vision, it was something very, very real!

As we continued talking, he spoke so loudly I was sure he was going to wake up my wife who was asleep next to me. He didn’t, but I wish he had!

My dog, Queenie, comes into our room once in awhile when she gets lonesome, and sleeps beside the bed. She was there that night and was interested in everything the angel had to say. She was right beside me and I could feel her head turning every which way against my leg as first the angel spoke and then I answered! It was an unusual visit!

It sounds strange, and I imagine some people might question my credibility. This is not important; God’s message is, and he had something he wanted me to bring to the world!

This unique conversation lasted for two solid hours as the angel shared magnificent truths from the Word of God with me. He discussed the unfolding plan of God for the entire world and brought me warm feelings from God’s own heart as to the concern he has for people. His love for people is so great, he is a lot more interested in them than he is in procedure! He LOVES people!”

This is an excerpt from Chapter 2 of the book “Angels on Assignment” by Roland Buck. To read more of this excerpt, click here. If you want to order the book on Amazon, click here. It’s a great read! 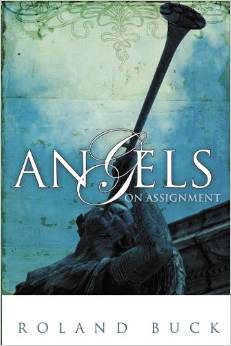 I read this book back in the 1990’s. It was written in the 1970’s. But the stories and the truth contained is still SO relevant today. I just re-read it recently and was so encouraged.

It’s a great book and the sequel to it is also on that site. If you search for Roland Buck on YouTube, you can find recordings of him preaching. He went home to heaven in 1979, shortly after these experiences were published.

I hope you enjoy this treasure!

What are your thoughts? Cancel reply